Is Your Food Betraying You? 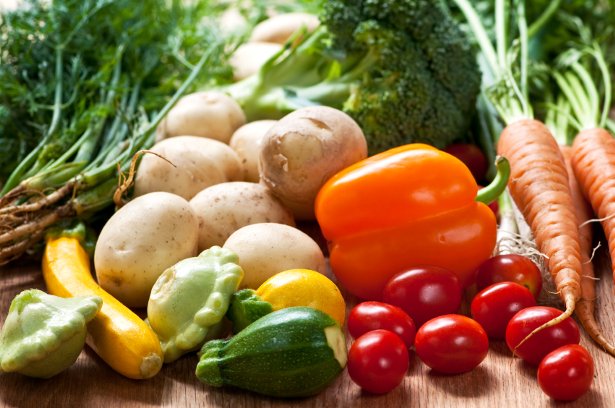 The problem of internal pollution is in full display when you think about the food we eat these days. Fruits and vegetables bring to our table residues of herbicides, fungicides, and pesticides. Meat and poultry add to our meals antibiotics and hormones. But that’s not all that is sad about our food.

There is another group of factors contributing to deterioration of the food supply quality. The last century has witnessed a gradual transition from traditional farming to high-yield commercial methods. This transition has achieved its well-intended goals – food is now produced in much bigger quantities for decreased cost. Unfortunately it has also brought a side effect nobody really expected – the nutritious value of all categories of food has dropped dramatically.

Fertilizing with natural organic materials has been replaced by using industrially produced mixes limited only to nitrogen, phosphorous, and potassium. This has resulted in depleting the soil and hence the plants growing in it of precious trace minerals, which are crucial for our health.

The practice of leaving fields fallow for one season in every three or four to allow natural fertility regeneration has been abandoned by farmers seeking to maximize the use of their land. This has further aggravated mineral imbalances in the soil.

The use of herbicide, pesticide, and fungicide chemicals on the fields gradually sterilizes the soil, killing its internal ecosystem of friendly bacteria and fungi which help plants assimilate soil components. This destroys the ability of plants to be able to utilize even those elements which are still available.

For the purposes of easier transportation fruits and vegetables are often harvested before reaching their ripe stage which interferes with the synthesis of beneficial phytonutrients. The same is true for growing crops under glass or plastic sheeting which has increased significantly in recent years.

Improvements in storage techniques have allowed perishable crops to be preserved for increasingly long periods without noticeable deterioration in their appearance. However, prolonged storage results in bigger loss of vitamins and antioxidants.

To make matters worse, a lot of foods are refined and processed before arriving to the shelves of a grocery store. This further diminishes their already depleted nutritional content.

These and other changes in food manufacturing practices have altered the intrinsic nature of the food we eat – it no longer contains the rich assortment of nutrients it once did. What is even more distressing – we still think it does, and it gives us a misleading feeling of safety.

Several years ago researchers at UCLA began to investigate why some women were showing high rates of anemia despite the regular consumption of spinach – a food high in iron. A sample of spinach from a particular area grown in 1953 has been compared to a current sample from the same area. The results were shocking – you would need to eat about 43 bowls of the modern spinach to obtainthe amount of iron contained in only one bowl of the spinach from 1953.

More studies show similar results for multiple nutrients in various fruits and vegetables. Would you be able to eat 40 portions of fruit and vegetables daily? Do you even eat the recommended five portions each and every day? Not only have fruits, vegetables, nuts, and grains been affected by extensive food manufacturing practices. Other food groups have changed too.

Farmed fish are likely to have a poorer ratio of omega 3 fatty acids to omega 6 fatty acids compared with wild fish.

You would be scared to hear all the details of how cow’s milk is produced today and surprised to see how several processes it goes through before appearing in stores deplete its nutritional value.

Every function of our body ultimately depends on the micro and macronutrients we receive from our food. If the food is failing to provide us with adequate amounts of even one of many essential nutrients, then sooner or later we start to fall apart.

Can you protect yourself from this invisible health threat? Yes it is possible. First, by making more informed food choices to maximize the chances of getting more quality nutrition from the foods you eat. Second, by adding specially formulated potent whole food products–superfoods–to your daily menu to ensure that your essential nutritional needs are met, even if your meals sometimes are not perfect. We hope that our recommendations will help you with both.

Try a 9 Day Cleanse to Look Your Best Fast!

Or just because you are ready to make a change …

Feel the difference and see it in the mirror in less than two weeks!

What’s Aging You? What can you do?

What helped Christie Brinkley to look half her age at 60 years old?

Sources of Protein in Protein Supplements – Which Shake, Bar, or Powder is Best for You?